The REG section of the CPA exam is challenging because this test covers business law, federal taxation, and rules of professional conduct for CPAs. There are some general concepts, however, that can help you simplify much of the test detail. Use these tips to study for the REG test’s multiple-choice questions and pass the CPA exam!

The relationship between an agent and principal is a business law concept. Additionally, the REG test has several questions on the authority and professional responsibilities of agents.

Assume, for example, that Bob manages a work crew for Steve’s tree service company. Bob’s authority to act as an agent for Steve can take several forms:

ACTUAL AUTHORITY: The principal’s words or actions cause the agent to reasonably believe that he or she has the authority to act. If Steve tells Bob to take down a 20-foot pine tree in the back yard of 200 Riverside Terrance, Bob has actual authority.

IMPLIED AUTHORITY: The agent can be reasonably expected to carry out certain duties as part of his or her actual authority. When Bob takes down the 20-foot pine tree in the back yard of 200 Riverside Terrance, he unhooks a chain link fence and lays the fence on the ground, so that he can get his equipment to the tree. When the equipment is removed, Bob reattaches the chain link fence. Bob had implied authority to take down the fence.

When you think of contracts in the context of the REG exam, consider whether or not each party gave something up to enter them. A party may make a monetary payment, or make a promise to do something. Contract law takes into account what a reasonable person would think about a particular transaction or event, and the courts substitute quasi-contracts to prevent one party from taking advantage of another.

Here are three types of contracts on the REG test:

There are several situations on the REG test that are defenses to contract formation. In each case, the contract was not properly formed, which means that the contract is voided.

FRAUD
Fraud is defined as willful intent to deceive, and if one party commits fraud to form a contract, the contract is voided. If one party suspects fraud, he or she may sue the other party for damages.

INNOCENT MISREPRESENTATION
Innocent misrepresentation is simply an honest mistake. If you manufacture furniture and a vendor cannot fill your entire order for maple wood – due to an honest mistake – no contract exists.

DURESS
Duress is defined as the threat of unlawful harm, and no contract is formed if either party is under duress. The logic here is that a party under duress cannot be expected to make a reasonable decision.

IN EACH CASE, ANY CONTRACT BETWEEN THE PARTIES IS VOIDED. 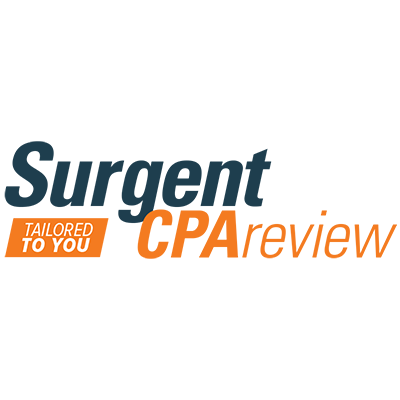 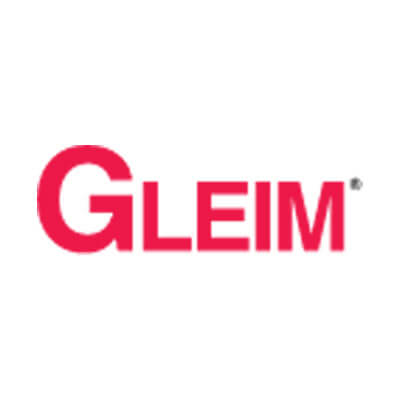 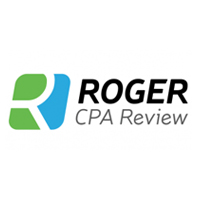 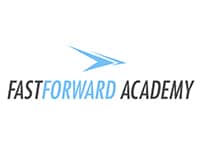 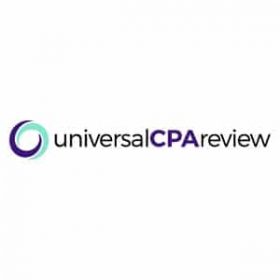 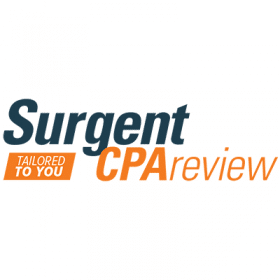 Save $725 off Surgent’s Premier Pass! 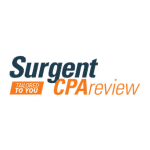 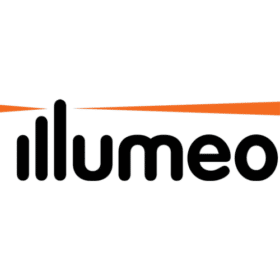 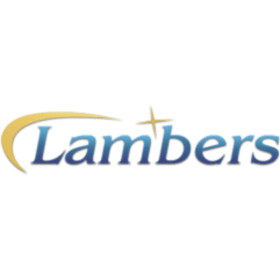 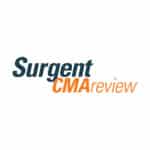 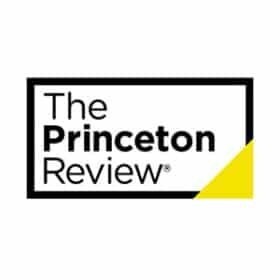 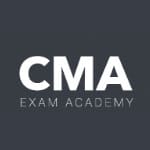 Get 5% off CMA Exam Academy! 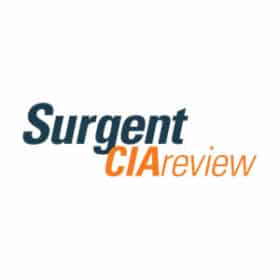 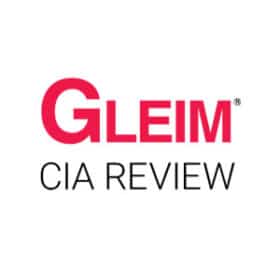 The REG test covers issues related to a CPA’s federal tax procedures and responsibilities to clients. This includes the need to be independent. Consequently, studying for these exam section topics can be difficult because you may get bogged down in all of the rules and miss the big picture. Keep these points in mind as you study questions regarding independence:

01.
OBJECTIVITY
A CPA must maintain objectivity, which means that the CPA is “independent in fact and appearance”. In other words, the CPA does not have a bias when dealing with the client. As you read through the questions, consider whether or not the CPA benefits financially from a certain event or transaction in the business. If the CPA can benefit, it’s assumed that the accountant cannot be objective.

02.
INDEPENDENCE
Independence is required when a CPA performs an audit of the financial statements. That requirement should make sense, because the CPA is issuing an opinion, and a CPA who is not independent cannot issue an objective financial statement opinion. Other work, such as consulting and tax, does not require independence.

03.
DUE CARE
The accounting profession also requires CPAs to exercise due care, which means that the CPA must follow professional standards and gather relevant data to support the work provided to a client. Most professions have a due care requirement, and professional liability insurance requires policyholders to act with due care. A homebuilder, for example, must use quality materials and manage skilled laborers to build a home. If the homebuilder does not use due care and a customer files a lawsuit, the builder cannot use due care as a defense in a lawsuit.

As you read through questions regarding independence and objectivity, think about how people must do business in other professions.

The REG test includes lots of questions on individual income taxes paid through Form 1040. Furthermore, studying this REG exam topic requires a great deal of focus. To understand the big picture and pass this exam section, print off a Form 1040 individual tax return and scan the line items in the return.

You might be wondering:
How do I learn all of this detail? As you work practice questions on individual taxes, stop and confirm where the question topic is posted in Form 1040. A question about dividends, for example, would be posted to the income section, while an estimated tax payment would be recorded in the payments section. Over time, you’ll be able to visualize each section of Form 1040, and that will help you pull all of the individual tax ideas together.

But here’s the kicker:
Corporations are not pass-through entities, because the corporation files a tax return and pays taxes on company profits. A corporation may then pay a dividend to shareholders, which is taxed as income on the stockholder’s personal tax return.

You need a buy and a sell transaction to post a realized gain. If you buy IBM common stock for $30 a share and sell the shares for $60, you have a $30 realized gain ($60 – $30). However, the $30 realized gain might not be entirely taxable. For example, if you sell a security for a gain inside of a retirement plan account, the gain is not recognized.

Want to know the best part?
The federal taxation of the gain is deferred until retirement. Not all realized gains are recognized and taxed.

Generally, retirement plans allow you to invest and accumulate earnings on a tax-free basis. Gain on sales, along with interest on bonds and dividends on stocks, are fully reinvested in the retirement plan. The earnings you accumulate are taxed when you withdraw funds in retirement.

The Uniform Commercial Code (UCC) is used for business transactions, and UCC is covered on the REG test. You’ll note that some of the UCC terms differ from the terminology used for other areas of contract law. Assume, for example, that Treeline Lumber is selling wood for Acme Manufacturing. Here are some UCC concepts related to offer and acceptance:

A merchant’s firm offer is irrevocable, even without consideration. If Treeline Lumber offers to sell Acme 300 two-by-fours of wood, Acme can rely on Treeline’s offer, even if no consideration is paid by Acme. This rule forces businesses to follow through on offers, because companies are heavily dependent on suppliers and
vendors to operate.

If a sale takes place between two merchants, the contract terms
can be changed. If, for example, Treeline only has 250 two-by-fours on hand, the two parties can change the contract to the smaller
amount. Since Acme needs the lumber for production,
the ability to change a contract keeps production going.

UCC law requires that the consideration must be stated in the contract, and the consideration can be modified, if both parties act in good faith. Acme must state how much the firm will pay for Treeline’s lumber.

The Securities Acts of 1933 and 1934 were created to address widespread abuses during the stock market crash of 1929. Generally speaking, the Act of ’33 addresses investment disclosure, which includes the requirement that issuers register with the Securities and Exchange Commission (SEC). The Act of ’34, on the other hand, created exchanges for trading securities.

The ’33 Act regulates the process of registering with the SEC, while the ’34 Act oversees securities once they are issued and trading in the marketplace.

Taxes on income, gifts and an estate

When most think of taxes, they think of taxes paid on personal income. Keep in mind, however, that the REG test also covers taxes on gifts that a taxpayer makes to other people and the tax liability on someone’s estate at death.

All three forms of tax have their own rules and separate tax tables. When you see a question on tax, make sure that you understand what type of tax is listed in the question.

The REG test requires a higher attention to detail than the other tests on the CPA exam. You have to digest a number of rules and regulations to pass this test, so invest the time needed to remember the concepts. To keep all of the details straight in your mind, use these tips to succeed on the REG test.

Now that you know how to navigate the most difficult REG CPA exam topics, check out our top rated CPA review courses and find the course that best fits your needs!