Cost of Becoming a CPA

What’s the bottom line? We’re on your team and are passionate about helping you achieve your career goals, even if it means we don’t make a dime.
Cost of Becoming a CPA

So you want to be a CPA and join all the cool kids in the cafeteria, huh? That’s a wise move, my friend. There’s plenty of prestige to be had from getting your CPA license and quite a career that comes with the title. And when you whip out your business card, those three little letters by your name would make even Patrick Bateman quiver. But before we start popping bottles in celebration of all the kickass places you’ll be able to visit or the stacks of cash you’ll be stuffing into your mattress, let’s look at all of the different CPA costs you’ll encounter along the way. Shall we?

We could get as granular as looking at how much it cost for you to be born, but let’s not get too crazy. Instead, we’ll fast forward to picking the right school when you leave your parent’s nest. According to the College Board, the nation’s average cost of tuition for one year of school is $9,650 for state residents at public colleges, $24,930 for out-of-state residents attending public universities, and $33,480 for students attending private colleges. We’re off to an expensive start! This cost doesn’t include any costs outside of tuition!

Throughout the rest of this article, we’ll continue to include averages and variables for the associated costs of becoming a CPA, but we’ll also hone in on the specifics for a CPA candidate in California just so we can highlight the process.

And in California, the school with the highest first-time CPA Exam pass rate belongs to the University of California, Los Angeles with a pass rate of 82.4% according to Masters in Accounting. That’s rather spectacular. So how much does it cost? Keep in mind, these numbers are for in-state tuition, so it’s going to be much more expensive if you’re coming from another location.

That’s for one year… times the four it’ll take to complete the degree: $112,056. Welcome to the college in America.

Attending UCLA as a California resident will cost you over $100k, and net you roughly 120 semester-equivalent hours towards the required 150 hours of public accounting you need. Let’s move onto the next phase where you’ll obtain the remaining 30 hours needed.

One of the top schools for obtaining a master’s degree in accounting is just down the road from UCLA. San Diego State University offers one of the best Master of Science in Accounting degrees available in the United States. There are three specializations within the degree: Accounting Information Systems, Financial Reporting, or Taxation. You can even tailor your electives and course program to specifically help prepare you to sit for the CPA Exam.

The above information is just the price of school. We’ve left out the cost of living for this portion. But hey, if you’re still able to live in your parents’ basement, then good on you. Most of you, we suspect, will be living on your own, making your way in the world. Some of you will be fortunate enough to leave college and begin work as an intern at one of the big four accounting firms or even a smaller firm. Many of these firms will have some kind of reimbursement program for tuition at a grad school or scholarships. If so, then the cost of this portion of your journey to becoming a CPA could be drastically subsidized.

Others might opt to keep working similar jobs they held during college so that they can have the most flexible schedule that will afford them the ability to attend full-time. But despite being cheaper up front, those students aren’t as likely to receive scholarships or tuition reimbursement. But they will have much more freedom upon graduating in deciding where to live/work.

So far, our typical Californian aspiring to become the next best CPA in all the land has gone off to college, graduated with all the honors one could want and racked up a sizeable sum of cost in pursuit of his/her dreams. But, to be fair, the amount needed to get this far is not much different than the amount anybody is going to have to spend in any field to do just about anything in this country besides flipping burgers at McDonald’s.

Narrowing our person down to someone who left the nest, got a paid internship at a medium-sized accounting firm, and had to foot the bill for part-time grad school in pursuit of a Master of Science in Accounting, has spent $133,471.

Time to Take the Test

It’s that time! Our future CPA rockstar has completed all the requirements, which if you’re unsure of what exactly those are, we’ve listed them here. And now to the meat of the matter: the cost to take the CPA Exam.

It differs from state to state, with each jurisdiction’s state board of accountancy having their own registration fees and prices for each section of the CPA Exam. With this information being somewhat difficult to obtain, we’d recommend going here to look up whichever jurisdiction you’d like to know more about. Here’s what our Californian candidate will have to fork over in examination fees:

California has a testing window of 18 months. This is in candidates’ favor should they want to pay for all four CPA exam sections at once. This is highly discouraged, because even though our candidate went to UCLA, the school with the highest first-time passing rate, it is still a very short time and a very, very difficult test. Should they fail just one section after having paid in full for all four, it is extremely unlikely they will finish the rest of the exam and retake the failed section within the 18-month timeframe.

This is why it is generally recommended to pay for two sections instead at once and then see if you pass and pay for the other two sections afterward. This costs a little more as the second application fee will cost $50, but if you fail, you’d have to pay the full amount of CPA exam fees for the second round. In some jurisdictions, where the time frame is limited to 12 months, it’s almost impossible to accomplish paying for all sections, taking and passing all of them within that timeframe.

Assuming our rockstar candidate takes our sage advice and looks to knock out two at a time, their total cost to take the CPA Exam in California would be $923.80.

We probably should have covered this first, since you’ll need one before you take the actual exam. And while there have been a few strange birds out there to pass the CPA Exam without using a review course, that’s not going to be you. Don’t get us wrong, we’re not trying to insult your intelligence, but unless you’re able to sit down and argue quantum physics and theoretical maths with the likes of Neil deGrasse Tyson and Bill Nye, you’re going to need a top rated CPA review course.

We recommend you cruise over here to find one that best suits your needs. Each one has different elements and features to choose from, but here’s a breakdown of price:

”Unless you can argue physics and math theory with Neil deGrasse Tyson and Bill Nye, you need a review course ”

Any of those will give you the necessary materials to study for and pass the CPA Exam. Some are better than others and as we mentioned earlier, some will be more suited to your individual learning styles. Additionally, it’s good to grab some supplemental study materials, of which there are plenty.

Congratulations are in order for our Californian CPA candidate! They successfully passed all four sections of the CPA Exam on the first try. Now it’s time to get that license and make it official. Which, you guessed it, is going to require handing out some more cash. And our candidate must take the California Professional Ethics Exam (PETH) and pass with a score of 90% or better.

While this is a specific test to California, many jurisdictions have a similar requirement. And our candidate is going to pay $150 to take this exam. It’s not terribly difficult, being only 50 multiple-choice questions and you up to a year to take it after passing the CPA Exam. It lasts for two years, meaning you’ll be forking over $150 every two years to keep current with your license which is a small price to pay to stay in the CPA club.

After you pass the PETH, our candidate will have to pay a $250 application fee and spend about $65 to get fingerprints taken and notarized. Finally, our diligent CPA candidate will pay $120 for the permit to practice, which is an annual fee.

Our Californian CPA candidate is no longer a candidate, but a full-fledged Certified Public Accountant!

Alright, that was quite the breakdown. Let’s tally it all up and see where our Californian CPA lands for the full cost of becoming a CPA:

Total Costs to Become a CPA

So from start to finish our lovely Californian CPA spent $137,354.80 to reach their dreams—and that’s really one of the cheapest ways to get to that point. Throw in the cost of a private university or any substantial living expenses and you could be near the $200k mark. Now for those who aren’t looking to calculate the minutiae of their educational path to success, the cost of becoming a CPA without counting the cost college and grad school is a whopping $3,883.90 in the state of California.

And like we mentioned earlier, anyone in the professional world is going to have to spend or take on massive student loans to get a degree and likely continue on to graduate school. So that’s a given for many of us. At under four grand, becoming a CPA is a pretty cheap way of obtaining a higher salary and a greater work satisfaction with much more flexibility. So what are you waiting for? Go get that CPA license already! 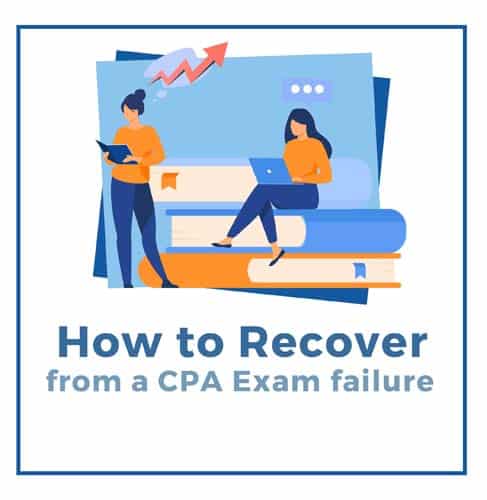 How to Recover from a CPA Exam Failure 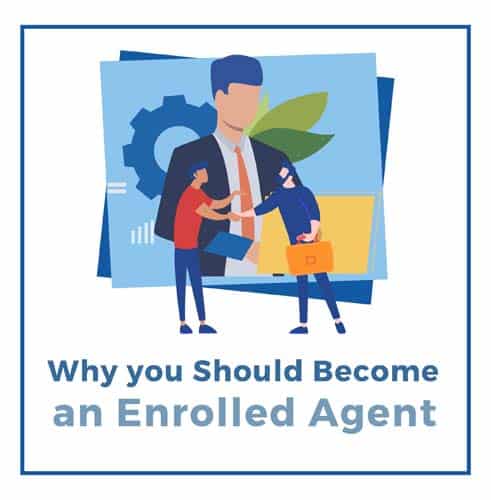 Why You Should Become an Enrolled Agent

How Is The CPA Exam Scored?